Bollywood filmmakers have hackneyed certain plots to the hilt being under the impression that the Indian public likes the movies based on them and hence they are a proven way to succeed on the box office with the potboiler containing all the time tested formulae. One such plot is an impostor’s taking place of a wealthy person in his household for the purpose of usurping his wealth. Another such plot is reincarnation of a murder-victim to seek revenge from the killer. Several movies have been made on these two plots. Today I am reviewing a movie whose plot is a combination of these two, i.e., the story contains an impostor who kills the genuine person and takes his place but the killed one reincarnates and seeks his revenge. This movie is Dharkan (1972). 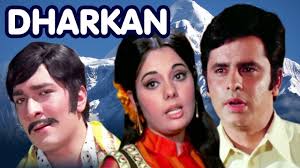 The title of Dharkan (should be pronounced as ‘Dhadkan’) is meaningless and irrelevant because this word means heartbeat and the story has nothing to do with heartbeat. Perhaps the filmmaker could not think of an appropriate title for this movie. 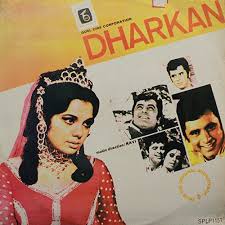 The movie starts with a criminal’s seeking shelter in the house of a benevolent person. This criminal is Kewal Sharma (Roopesh Kumar) who is being chased by both the public and the police. The kind and benevolent person giving shelter and protection to him is a painter – Deepak Roy (I don’t know the name of that actor). Suddenly Deepak happens to read about his childhood friend Suraj (Sanjay) in the newspaper and is very much delighted to know that his friend is alive. He then tells Kewal that he actually belongs to a rich family and in his childhood, he had accidentally shot his friend Suraj and then considering his friend as dead, had run away from the house. Now having come to know the truth, Deepak plans his homecoming and informs his widow mother and his long lost friend about that. He takes his retainer Kewal also with him and starts the journey to his native place by train. However when the train reaches its destination, the audience sees that the person who meets Deepak’s mother and Suraj is actually Kewal who calls himself as Deepak. Well, the audience can guess what must have happened during the start of that journey and the end of that.

Kewal now usurps the whole business and property as Deepak. He also snatches the love of Suraj’s life – Rekha (Mumtaz) and marries her. He reduces Suraj’s status from his friend to his ordinary employee and treats badly not only Rekha but also Deepak’s mother. After a few years, when Rekha’s father (living in Bombay) is dead, she brings her younger brother Dobby (Master Alankar) to his marital home. Gradually all the residents of that place including Suraj, Rekha and Kewal’s widow mother are surprised to see that Dobby is not only totally familiar with everything there but also knows many such things about Deepak’s life which he is not supposed to know. The truth comes out when Suraj takes little Dobby to a hypnotist. His friend Darshan (Rajendra Naath) who is a cop, also accompanies them. Now despite knowing the truth, Suraj and Darshan are facing the trouble to prove it before the law so that the culprit can be booked. Shortly Kewal also realizes as to who Dobby actually is. The climax, as expected, takes the baddie to his ultimate destination. 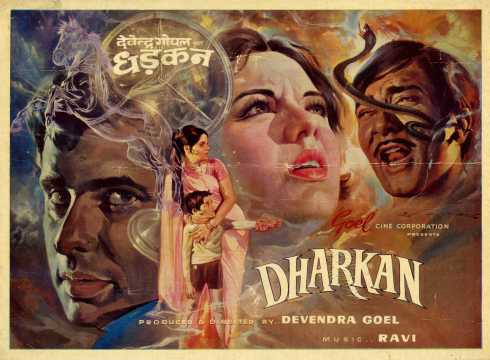 The script of this movie has been written very well by blending the story of the impostor’s evil deed with the reincarnation drama covering the revenge of the victim. However director Devendra Goel has faltered in his job of presenting this interesting story on the screen in the perfect manner. He could have presented it as a suspense story but he decided to allow the audience to know the truth from the beginning itself. Still he has tried to create some suspense through the police investigation and an unresolved case which lingers on with the police for years but this effort of his has finally fallen flat on its face. Hence though the curiosity remains for the audience as to how the truth will come out and be proved, there is nothing like suspense. Reincarnation issue also remains known to the spectators much before it is revealed by the narrator. 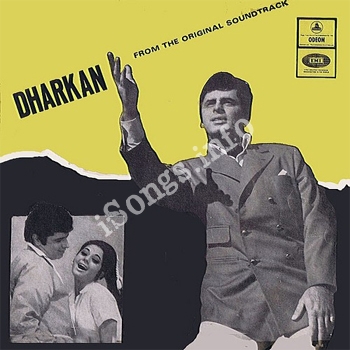 The biggest minus point of this movie is the villain. The story has been narrated in such a way that the character of the villain gets the maximum footage and attention in the narrative. Roopesh Kumar was never considered a good actor and barring a couple of movies, he always did nautanki in the name of acting. He has done the same during the major part of this movie also especially during the last one hour. The director should have cast some skilled actor in the role of Kewal Sharma, the greedy imposter and the killer. Many otherwise good scenes of this movie have become unbearable due to his poor acting only. 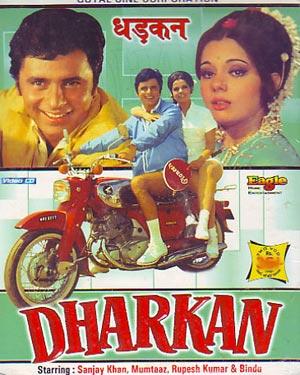 Still the movie is interesting and a decent one time watch. The rom-com part of the story is able to amuse and entertain the audience in a satisfactory way. The sequence in which the hero awaits the heroine and during the wait finds himself lost in the advertisements being telecast on radio, dreaming himself as well as the heroine (with their would be child) as the characters of the advertisements, is damn hilarious. The comedy track of cop Darshan (Rajendra Naath) and a female pickpocket Laajwanti (Helen) is amusing but forced on the story and blocks the flow of the main track.

Sanjay (Khan) was a chocolaty hero of his time and his looks as well as acting are pretty charming. Mumtaz has done well as the heroine. The supporting cast including the actor in the role of the original Deepak Roy are well in place. Rajendra Naath is not just a comedian in the movie, his role is that of a no-nonsense dutiful cop during the final part of the movie and he has done well alongside Helen, his sweetheart who is a pickpocket. The best actor in this movie is undoubtedly Master Alankar as the little Dobby who impresses in every scene of his.

Technically the movie is okay. The climax is thrilling but appears to be too long. Overall also, the length of the movie should have been curtailed.

Ravi’s music is overall good. Two songs stand out – one is Mere Dost Tujhe Tera Meet Mubarak in Rafi’s voice which the hero sings when the love of his life gets married to his friend whereas the one is a splendid journey song in Kishore Kumar’s voice – Main To Chala Jidhar Chale Rasta, a song pretty close to my heart.

Summing up, despite flaws and weaknesses, this potboiler of the seventies is a nice timepass.