There is a very old Hindi saying – Pita Par Poot, Jaat Par Ghoda; Bahut Nahin Par Thoda Thoda (the son gets the nature of his father and the horse gets the traits of its race, at least to some extent if not completely). The theme of the Hindi movie Aurangzeb (2013) contains the spirit of this saying. This is a fact I did not find in the reviews of this movie. Though I had read reviews of this movie written by esteemed and seasoned reviewers and was willing to watch it at the time of its release itself, actually it took me a very long time to watch this movie. And now when I have watched it, I feel that a great effort has gone into the making, especially the writing of this fast-paced thriller.

The title has been kept after the Mughal emperor Aurangzeb because he had ascended to the throne after killing his brothers and imprisoning his father. And from that, the writer-director Atul Sabharwaal has picked up a statement to narrate what he purports to narrate through the characters of this movie –‘Kingship knows no kinship’. However this principle of life (if it actually is) is grasped in its true spirit by only one character of the movie. He is Ravikaant, the Deputy Commissioner of Police of Gurgaon (Haryana) who uses his kinsmen as well as others as mere pawns on the chessboard of his sky-high ambitions but the person he brainwashes to play Aurangzeb to suit his plan, does not do so despite agreeing initially for that.

The story starts with aged Vijay (Anupam Kher), ex-cop who had lost his job because of a so-called encounter in which the wife and little son of a gangster Yashwardhan (Jackie Shroff) are said to have lost their lives. Vijay is an isolated person in his household because his own son Aarya (Prithviraj Sukumaran) does not look upon his honest father as his role model. In this family of cops with all the males including the son-in-law of the house being police officers, Aarya who himself is the Assistant Commissioner of Police, considers his corrupt uncle Ravikaant (Rishi Kapoor) as his role model. Coincidentally, the son-in-law of the family is an honest person but for all others including Ravikaant’s son Dev (Sikandar Kher), their police service is nothing but the business of collection, i.e., bribes from the outlaws.

Suddenly Aarya comes to know from his father in his ending days that the wife and little son of Yashwardhan had not died in that so-called encounter. They are alive and considering his moral responsibility towards them, Vijay has been taking care of them. An emotional relationship had developed between Vijay and Yashwardhan’s wife Veera (Tanvi Azmi) who had become police informer against her outlaw husband and after losing his job, Vijay has taken care of Veera just like a husband and her son Vishaal (Arjun Kapoor) just like a father. Vishaal knows Vijay only as his father and does not know his biological relationship with Yashwardhan. Before his death, Vijay reveals this secret to Aarya and urges him to take care of Veera and Vishaal. After Vijay’s demise, starts the main track of this movie.

Aarya breaks the news of Vijay’s demise to Veera and Vishaal. However finding that Vishaal is the look-alike of his twin brother, i.e., Yashwardhan’s son who is the only son of himself in the knowledge of the world, he devises a plan with his uncle Ravikaant to get better of Yashwardhan and bring him to book. He feels that thus he will also be able to wash the stain of killing two innocents from the name of his late father. Under this plan, Vishaal’s twin brother Ajay (Arjun Kapoor’s second role) is kidnapped and he’s replaced by Vishaal in the life of Yashwardhan. Vishaal is entrusted with the responsibility of passing of significant information about the unlawful activities of Yashwardhan to Aarya and Ravikaant.

Vishaal, impersonating Ajay, enters the life and empire of Yashwardhan who is in real estate business but carries out shady deals too with the help of his mistress Neena (Amrita Singh) who is conspiring to usurp Yashwardhan’s empire herself and for this purpose, she has turned Ajay into a spoiled brat through drugs and a girl Ritu (Saasha Agha). Gradually Vishaal is able to understand his biological father better who no longer seems that bad to him. On the other hand, the real mission of Ravikaant dawns upon Aarya alongwith this truth that to fulfill his ambitions, Ravikaant does not care for the lives of even his nearest and dearest ones and thus he also comes to empathize with his deceased father Vijay who had always cared for the people more than his own vested interests. What happens then is a forgone conclusion.

This story is a cobweb of greed for money and power, intricate conspiracies, betrayals and of course, principles of leading a life which are bound to be different for different people. Atul Sabharwaal has penned the script on a large canvas and executed its first part, i.e., the pre-interval session very well. Before the interval, the breezy script keeps the viewer hooked for more than one hour. The trouble lies in the second half, i.e., the post-interval session.

After interval, the movie loses its naturalness and thereby its grip on the audience. While the first half is highly promising and displays some novelty, the second half pursues a formulaic, hackneyed path and virtually betrays the audience. The story is taken to its conclusion in a completely Bollywoodish manner which might have suited a movie made in the seventies but definitely not a modern movie. 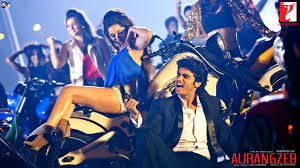 Some people were comparing this movie to Amitabh Bachchan starrer flicks like Trishul and Don. However this movie is entirely different from those movies. In fact, I am able to draw parallels between this movie and Tigmanshu Dhulia directed Shagird (2011). In both the movies, the police officers are shown as behaving as if killing innocents and reaping easy money only is their full time job and nothing else falls under their duty. Despite the rampant corruption in the Indian police system, this exaggeration is hard to digest.

Since the fast pace of the movie kept me hypnotized for a major part of it, I could not notice the flaws in the script at that time. However later on, upon thinking objectively, I found many flaws and plot-holes therein. Yashwardhan is termed as doing illegal things and the cops are after him but actually he’s not shown in the movie as doing something which is technically illegal. Plus he does not look like a dangerous criminal from any angle. Besides, the logic behind the mother’s carrying one of the twins with her while leaving the second one behind with his father, is hollow and unconvincing. 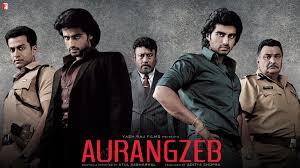 The movie very impressively highlights the land-grab crimes carried out by the corporate houses and the corrupt politicians hand-in-glove with them in the name of real estate development (or the development of the region). How middlemen like Yashwardhan are able to earn huge money through such activities, has also been portrayed realistically. Personally I feel that in the Indian real estate world, a sizable chunk of the business is nothing but the activities of the middlemen only which add no value anywhere except to their pockets.

Made by the prestigious Yash Raj Films banner, this lavishly made movie is technically good but for editing which should have been better and sharper. Songs were not required in this movie but the two songs coming alongwith the flow of the story are good.

Performances are all good. The best performer is undoubtedly veteran Rishi Kapoor followed by Prithviraaj Sukumaaran. Arjun Kapoor has done well in double role. However he appears to have a limited range of expressions. The ladies including Saasha Agha (the daughter of yesteryears’ singer-actress Salma Agha) did not get enough scope to show their mettle. A highly talented actress like Deepti Naval has been wasted which is definitely incorrect on the part of the filmmaker. The only mentionable scene she gets in the movie underscores the significance of power handled by top cops in India and highlights the mindset of the Indian wives regarding that power and the corrupt activities of their men associated therewith.

Had the writer-director been able to give a realistic touch to the second half of the movie also like its preceding counterpart, the movie could have been an extra-ordinary one but he faltered midway. The movie renders an engrossing watch all the same, it’s not everybody’s cup of tea though.

Before signing off, I come back to the original statement which says that a son is bound to inherit the nature of his father. The opening scene of the movie itself presents the quote of Horace – ‘Deep in the cavern of the infant’s breast, the father’s nature lurks and lives anew.’ I believe it to be true as I have also inherited my father’s nature despite the apparent huge differences in his life as well as personality and mine. Finally, not only the biological son but also the foster son of Vijay (Anupam Kher) are able to manifest the real nature of their father in their activities which propounds it loud and clear –‘Apno Ki Keemat Sapno Se Zyaada Hoti Hai’ (your near and dear ones are worthier than your dreams or ambitions). Mughal emperor Aurangzeb did not believe in it but I do as it’s this motto only that I have followed in my life. And, in my opinion, this only is the real conclusion of this movie.