Shehenshaah-e-Soz with a velvety voice

February 1991. I was in the final year of my C.A. and as a part of my articleship training, had been sent by my principals from Kolkata (then Calcutta) to audit the tea gardens of M/s Jayshree Tea and Industries Limited in the lower Assam region (Cachar district of Assam). After reaching there (Kalline Tea Estate), I came to know that those gardens did not have any guest house for the auditors. The practice was to arrange the stay of the auditors (young boys, either in their teens or early twenties) in the residences of the estate officers who were compensated for the boarding expenditure of the guest or the guests later on. I was made to stay in the house of a good-nature officer, Mr. Arun Chaturvedi. At night, I retired to the guest room of his residence, arranged for me. It was around 10 p.m. I was alone as my other team members were doing work in the other estates. There was nobody to talk and being a new place with a different climate and environment for me, sleep was a bit away from my eyes.

Not being able to sleep, I put the light on and my eyes fell on the small tape recorder kept on the writing table. I found that one audio cassette was already there in the system. Casually I pressed the play button, put the light off again and lay down on the bed again under the expectation that while listening to the songs, I may fall asleep as I used to in my childhood while listening to the Lori  (lullaby) of my mother.

My expectation did not come true because with the movement of the tape in the cassette, very sensitive words woven in highly melodious compositions started pouring into my ears but the maximum impact came from the voice of the male singer, taking me into a state of trance. Leave aside sleeping, I felt as I was forgetting everything – about me, about the work, about the things around, about the time, about the place. I was simply floating away with the voice which was so soft as if it were made of velvet. So tender, so soothing, so caressing ! Half an hour long A side of the cassette got over and then the B side started. It also had the same type of songs – sensitive words, high melody and the same velvet voice. Most of the songs were sad songs but I did not feel sad by listening to them as alongwith the listening of the singer’s voice, my heart vent out all my accumulated sadness, pain and frustration in the cool air outside the window, unknowingly I shed a few tears too and now I was feeling quite light in myself as if the burden of grief had flown out of me through those tears.

I stood up, put the light on again and took the cassette out of the tape recorder. The cover of the cassette was not available and being an old cassette (might have been handled several times), the letters engraved upon it had got dimmed and not very legible. With a lot of difficulty, ultimately I came to know the title of the cassette – ‘The Best of Talat Mahmood’. Talat Mahmood ! I was listening to the magical voice of Talat Mahmood. I had heard a lot about this singer and his quivering voice but this was the first occasion of listening to his voice for continuous one hour in the silence of the night, all alone. What an experience it was ! I wondered – ‘Whether this man is a singer or a magician ? He could make me feel the sadness and the grief of the protagonist through the song for real. While listening to the songs, I was able to not just sympathize but empathize with the aggrieved person for whom the singer had given his voice.’

That day and today. I have been and will always remain a very very big fan of Talat Mehmood. The songs listened by me on that night included – Aye Mere Dil Kahin Aur Chal, Shaam-e-Gham Ki Kasam, Meri Yaad Mein Tum Na Aansoo Bahaana, Aye Dil Mujhe Aisi Jagah Le Chal, Jaayen To Jaayen Kahan, Andhe Jahaan Ke Andhe Raaste, Ye Hawa Ye Raat Ye Chaandni, Mera Qaraar Le Ja, Mohabbat Hi Jo Na Samajhe, Main Dil Hoon Ek Armaan Bhara, Raat Ne Kya Kya Khwaab Dikhaye etc. All these were Talat’s solos and the last song of the cassette was a duet with Asha Bhonsle – Pyar Par Bas To Nahin Hai Mera Lekin Phir Bhi Yeh Bata De Ki Tujhe Pyar Karen Ya Na Karen . After becoming his fan, I listened to more and more of Talat songs and never was I disappointed to listen to any of his song. I came to know of the reason for lack of my disappointment later on after reading about his life and personality – he never used to sing a song which was not meaningful. Born in the City of Tehzeeb – Lucknow on 24h February, 1924, this legendary singer whose quivering velvet voice was a boon of the Almighty, never compromised upon this principle throughout his career which might have cost him dearly since he sang very less (around 750) Bollywood songs whereas his rivals sang thousands. Talat always sang songs with very high quality lyrics. His devotion to the Hindustani Tehzeeb (Indian culture) never allowed him to sing senseless or poor quality songs or the songs in which the soul of music was suppressed by high beats. For Talat, music was never his career or profession, it was Ibaadat (worship) for him.

By reading about Talat, I came to know about the title – Ghazal Samraat (King of Ghazals) bestowed upon him. However it was something that remained not understandable for me for many years since I always felt that Talat was singing filmi songs which barring the exception of the songs of Mirza Ghalib (which are nothing but the Ghazals created by the immortal Shaayar himself), were Geet (non-Ghazal songs) only. Years later, I happened to listen to the non-filmi Ghazals of Talat Mahmood. I got one such album personally created for me with the help of the cassette shop owner whose first Ghazal was – Tasveer Teri Dil Mera Behla Na Sakegi. Most of these non-filmi Ghazals have been completed by the music composers within a time frame not exceeding 3 to 3.5 minutes. And in this very small time frame too, Talat is able to render a highly sensitive and soothing experience to the Ghazal listener. That’s the quality of his voice and that’s his singing talent which brought the honour of being called as Ghazal Samraat to him. A rare talent indeed. However I call him Shehenshaah-e-Soz (King of Pain) because the quality of conveying the Soz (the pain) through the words of the song enveloped in his voice is something I have never seen in any other male singer.

Talat’s talent and the amazing quivering quality of his velvet voice was first recognized by the music director – Anil Biswas and the movie – Arzoo (1950) was the big break given to him by Anil Biswas only. Since then there was no looking back for Talat and he ruled the Bollywood with his velvety voice for more than a decade. 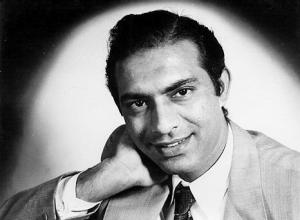 Talat was an actor too and he played hero in many movies opposite top Bollywood heroines like Suraiya, Shyama, Mala Sinha, Nadira and Nutan. He played the lead roles in movies like Lala Rukh, Dil-e-Naadaan, Ek Gaon Ki Kahaani, Waris and Sone Ki Chidiya. However his passion for music did not allow him to pursue his acting career which could have been great courtesy his handsome personality. 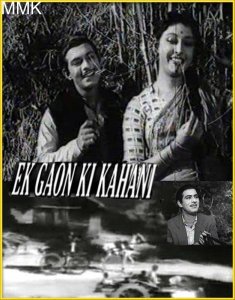 After the timeless classic songs of Jahan Ara (1964) including Phir Wohi Shaam Wohi Gham Wohi Tanhaai Hai, Teri Aankh Ke Aansoo Pee Jaaoon and Main Teri Nazar Ka Suroor Hoon, Talat’s time started walking into sunset because now the focus shifted from melodies to beats and Talat was not built that way to change himself according to the changing times. I have already mentioned that music was his Ibaadat (worship), not his money-making profession. Interestingly my favourite Ghazal from Jahan Ara – Kisi Ki Yaad Mein Duniya Ko Hain Bhulaye Huye has not been sung by Talat but Rafi. And in my most favourite Bollywood song – Hoke Majboor Mujhe Usne Bhulaaya Hoga from the movie Haqeeqat (1964), Talat has sung one stanza out of the four stanzas sung by four different singers. Talat sang very less in the late sixties and the seventies. His last song was – Mere Shareek-e-Safar Tera Khuda Haafiz from the movie – Wali-e-Azam (1985). 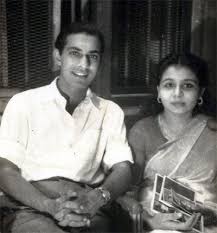 Talat passed away on 9th May, 1998 and now he is survived by his singer son – Khalid who has made a website for his father too containing all the information of his songs (Talat had married Bengali actress of the forties – Latika Mullick). Today we have several clones of Rafi, Mukesh and Kishore and late Gulshan Kumar had filled the Indian music market with cover version cassettes prepared by getting the songs of these singers sung by their clones. However, Gulshan Kumar could not do it with the songs of Talat because nobody can copy his voice. Talat has been and will always remain one and the only one. Even the Almighty could not produce another Talat. 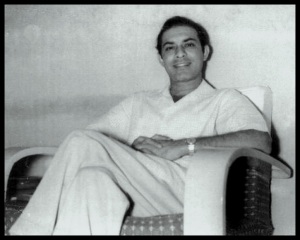 While remembering him on his birthday falling today (24th February), I simply say to his soul in the words taken from a Ghazal sung by him – Kaun Kehta Hai Tujhe Maine Bhula Rakha Hai, Teri Yaadon Ko Kaleje Se Laga Rakha Hai (Who says that I have forgotten you, I have kept your memories close to my heart).

9 Responses to Shehenshaah-e-Soz with a velvety voice