The inspiration behind Johnny Gaddaar

Posted on October 8, 2018 by Jitendra Mathur

I liked Sriram Raghavan directed thriller movie – Johnny Gaddaar (2007) very much. In that movie, the hero (in fact, the villain), Neil Mukesh murders a member of their criminal group by seeking inspiration from a very old Amitabh Bachchan starrer –  Parwana (1971). Today’s generation who has liked Johnny Gaddaar is not aware of this long forgotten movie. Here comes the review of this movie which is a combo of love-triangle, thrilling murder plan and courtroom drama. 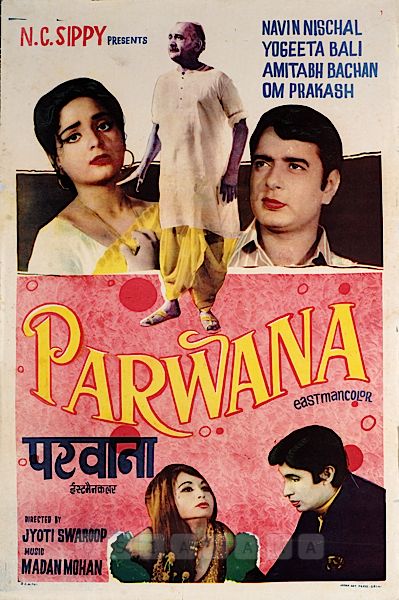 Parwaana is an Urdu word which means wax moth who hovers about the lit candle (known as Shama in Urdu). In classic Urdu poetry (Shaayari), it is deemed that Parwaana loves Shama and that’s why it hovers about it only to lose its life (by getting burnt in its blaze). Due to this assumption, a sincere, sacrificing (male) lover is called Parwaana who is ever ready to give away even his life for the sake of his love for his sweetheart (who is Shama for him). 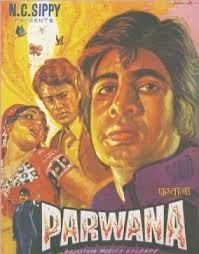 The Parwaana of this story is an introvert artist – Kumar Sen (Amitabh Bachchan) who has been loving his Shama – Asha (Yogeeta Bali) within his heart for years but without expressing his love to her. Asha  is an orphan, fostered by her widower uncle, Ashok Varma (Om Prakash) who likes Kumar very much and has no objection to Asha’s marriage to him. However Kumar gets a big jolt when he comes to know from Asha that she has fallen in love with Rajesh (Naveen Nischal). When Kumar conveys his sentiments to her, she says that it’s too late now and her heart has become Rajesh’s. Knowing Asha’s uncle’s positive opinion about him, he tries to pursue him to decide in his favour but the uncle refuses to go against the wishes and joys of his orphan niece. Now Kumar concludes that he has to follow the ages old dictum -‘Everything is fair in love and war’.

One night, when Kumar is known to have departed for Kolkata (then Calcutta) by catching a train from Mumbai Central (then Bombay Central) and Asha has gone to attend the marriage of her friend, Rajesh gets a call from Kumar who asks him to go to Asha’s house to attend an emergency with her uncle. When Rajesh reaches there, he finds that somebody has strangled Asha’s uncle – Ashok Varma to death. He is the prime suspect for this murder and when a letter from Ashok Varma reaches him a couple of days later, rejecting any prospects of the marriage of Asha with him, the cops are sure of his guilt. He is arrested and put under trial for the murder. The truth behind Ashok Varma’s murder is revealed in the end.

No prizes for guessing as to who committed the murder of Asha’s uncle – Ashok Varma and framed Rajesh under its charge. This is not a whodunnit but actually a howdunnit. The viewer knows the murderer very well but the thing that he does not know is how he could do it. The writer of the story whose crux is the murder plan only, is Madhusudan whereas the screenplay and dialogues have been written by Agha Jani Kashmeeri. This story idea is just very good but the screenplay and the direction (by Jyoti Swaroop) could not do proper justice to it. It could have become a spellbinding thriller but more footage has been given to the romance, the comedy and the love-triangle while the murder-plan as well as the court-room drama post the murder has got barely the final 30-40 minutes. Besides, the story has been told in a flat manner and the director has not been innovative to use twists and punches.

The cover of its VCD / DVD says about it -‘A murder plan that forced Indian railways to change their train timing‘. Well, it appears to be more a promotional strategy for the VCD / DVD. However there is little doubt that this murder plan is just superb considering the facts prevailing in that period when there were no mobile phones, when identity proofs were not demanded from the travellers and when the air-tickets used to be issued in traditional (under glossy jacket) form from the counters and e-tickets had not even been conceptualized. No wonder, Sriram Raghavan got inspired from this plot and used it to make Johnny Gaddaar which got a lot of admiration because of superb execution(and expansion) of the original idea. All the same, this movie is pretty good to watch and enjoy. Performances are very good and despite the ordinary screenplay, the dialogues are impressive. With modest production value, this movie has not been made excessively long and nice comic, romantic and emotional sequences alongwith a couple of good songs have turned it into an enjoyable movie made in the style of the seventies. And then the highlight of the movie, i.e., the murder plan proves to be the icing on the cake.

All the performers have done well except Shatrughan Sinha in his cameo as the public prosecutor because he is over the top. Romantic hero (Late) Naveen Nischal has got good songs and he and Yogeeta Bali make a good on-screen pair. Seasoned actor, Om Prakash has performed quite admirably. Supporting cast has also not disappointed. However in the end, it’s the movie of Amitabh Bachchan who is the Parwaana, ready to do anything for his Shama, i.e., Yogeeta Bali. This is a rare movie in which the role of the antagonist is much stronger than that of the protagonist. Despite his controlled performance, the glimpses of the would-be angry young man can be seen in the eyes of AB. He has delivered praiseworthy performance in the author-backed role and Om Prakash had rightly asserted for him after the shooting of the scene of his murder that a star was in the making. I term AB’s performance in this movie as one of his underrated performances. This was the first role of his career, containing gray shades. 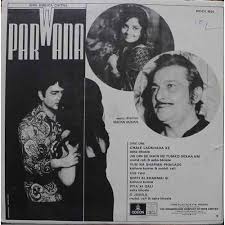 I am a great admirer of the music of Late Madan Mohan but in this movie, his compositions contain only a couple of good ones. The best one is – Simti Si Sharmaai Si, Kis Duniya Se Tum Aai Ho (Kishore Kumar). The second good song is – Yun Na Sharma, Phaila De Apni Gori Gori Baahen (sung jointly by Kishore Kumar and Mohammed Rafi). The lyrics of Kaifi Aazmi are good.

Since all the spectators of today’s generation who are fond of watching mysteries / thrillers, have wholeheartedly admired Johnny Gaddaar, I think they should watch Parwaana too which had inspired the story of Johnny Gaddaar. It’s one of the long forgotten and underrated movies of Amitabh Bachchan and hence the fans of Big B also should not miss it.