It’s partially a predecessor to Ghajini

During the fifties, sixties and seventies, Bollywood boasted of good script-writers. There were specific story departments in the film companies where full time writers worked relentlessly on scripts. That’s why several novel ideas used to emerge for making feature films upon them after they were developed into interesting screenplays. During the seventies, Salim-Javed emerged as high-profile script-writers who wrote a number of action-dramas and virtually, they were the makers of the Angry Young Man – Amitabh Bachchan, who went on to become the biggest ever star of the Indian screen in due course of time. The fairytale like emergence of Salim-Javed sent the writers of original stories into oblivion because this duo did not bother to think and write anything original and instead, used to prepare scripts by adapting foreign movies in Indian set-up. And that trend continued not only during their reign but thereafter also and is still continuing. By the end of the eighties, originality had taken a back-seat and gradually people used to forget about old movies too. Their re-releases stopped with the advent of cable TV and by the end of the nineties, there came a time when people virtually forgot what were the stories of many interesting movies that had come during the bygone decades. It became a bonanza for the copycats because they could copy the stories of many forgotten old movies and make new movies, putting old wine in new bottle. Why to tax your mind for thinking something original when so much stuff is available in the archives to plagiarize and gain unearned success (which the poor original thinkers could not gain) ?

Ghajini (2008) is a highly successful movie which was first made in Telugu in 2005 with Surya in lead role and then remade in Hindi with Aamir Khan in lead role, by the same director (A. Murugadoss), casting the same heroine (Asin) and the same villain (Pradeep Rawat) in respective roles. The critics and reviewers could correctly trace the origins of the main story of Ghajini to Hollywood movie – Memento (2000) but what about its rom-com track ? Ghajini is not just the action-packed revenge saga, it has a romantic track also which not only forms the basis of the revenge-based main story but also provides relief moments in the movie, showcasing the talent of Asin. What about its origins? Well, let me clarify it in this review. The complete script of the rom-com aspect of Ghajini is a straightaway lift from a very old Bollywood movie – Sajan (1969) starring Manoj Kumar and Asha Parekh.

Sajan pronounced as Saajan (lover) is the story of a theatre artist, Rajni (Asha Parekh) who comes from a modest background. She is fatherless and has been brought up by her mother (Sulochana) alone. One day, to avoid getting late on her job, she seeks lift from a person – Baalam (Om Prakash) who is actually the driver of a wealthy businessman, Ashok (Manoj Kumar). Her employer as well as the colleagues get a wrong impression that she is close to Ashok because she has come to the theatre in his car. To save the financially sinking company and her job, she starts pretending to be the sweetheart of Ashok and this rumour becomes the headlines of tabloids. Ashok is very unhappy to read the false reports in the newspapers and approaches Rajni to seek explanation. But he falls for her charms and instead of revealing his true identity, fakes as a journalist before her. And after some romantic and comic incidents in the script, their love story reaches the point where Rajni’s mother and Ashok’s father agree for their union and they get engaged. Now comes the twist in the tale which lays the foundation of the utterly different second half of the movie.

A wicked person who poses himself as a respected businessman, Seth Dharamdaas before the world but is actually a criminal – Sheru (Madan Puri) starts blackmailing Rajni’s mother on the basis of the fact that Rajni’s father was his accomplice in crimes and presently he is a jailbird. He threatens Rajni’s mother that if he is not paid the demanded money, he will tell this fact to Ashok’s father and then Rajni won’t be able to marry Ashok. Rajni’s mother asks her to extract money from Ashok. Highly surprised Rajni keeps a vigil on her mother and finds her as meeting clandestinely with Sheru aka Dharamdaas. The next morning Dharamdaas is found as shot dead in his house. Investigating police officer (Raj Mehra) interrogates Rajni, Ashok and Baalam for this murder but gets shocked like anything when all of them confess for the murder separately. Evidences are also there against each one out of this threesome. Then who actually killed Dharamdaas ? The courtroom drama taking place in the climax, furnishes the answer to this ticklish question.

Just like Ghajini, Saajan also contains two completely different tracks rendering two entirely different types of entertainment to the audience. The first half is a very very interesting romantic comedy which stands on its own. Actually, it was remade as a full-fledged comedy movie – Pasand Apni Apni (1983) with Mithun Chakraborty and Rati Agnihotri in lead roles. And it’s this part which has been completely plagiarized in Ghajini.

The second half, like Ghajini, is entirely different from its counterpart. It’s an engaging murder mystery which reminds of some Agatha Christie work. The police investigation, three different versions of the murder coming to fore through confessions of three different individuals and finally the court-room drama; all combine to a grand treat for the mystery lovers. Saajan, therefore, is a two-in-one entertainment. It renders a wholesome entertainment studded with songs, comedy and romance in the first half and follows it up with a brilliant murder mystery in the second half. 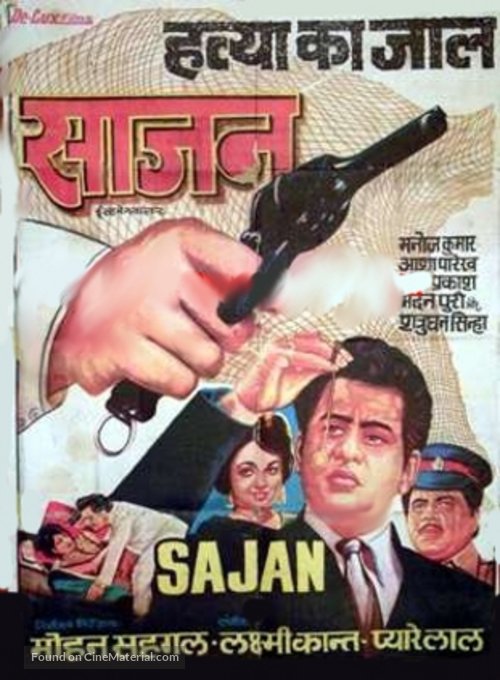 Technically the movie is up-to-the-mark. It’s around two and a half hours long but it doesn’t bore at any place. Director Mohan Segal has done his job pretty well. The different scenes culminating into the death of the murder-victim have been presented very skilfully and despite the complete struggle between the victim and the (confessing) murderer goes in different manners for different people, the dying moment of the victim is uniform which is something very impressive and proves to be intriguing for the spectator. 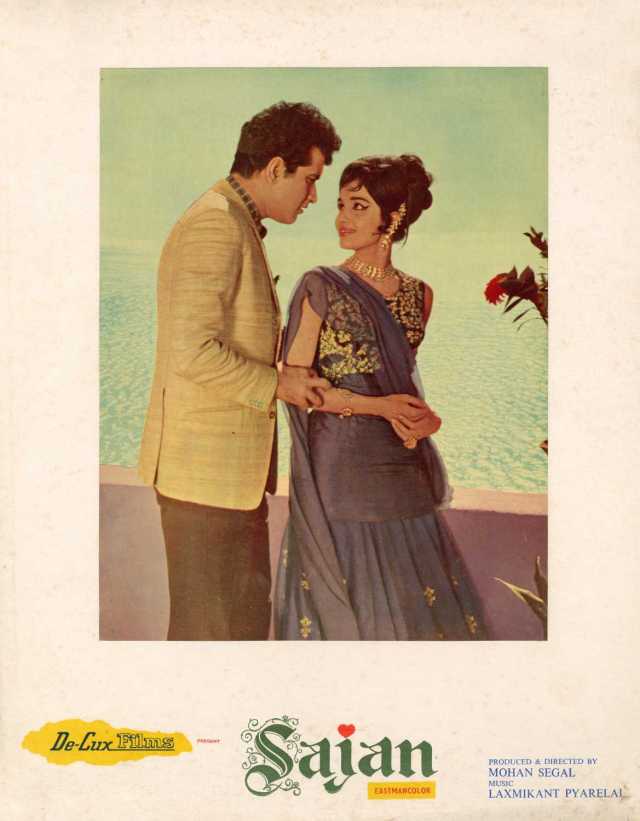 Laxmikant Pyarelaal have composed good music for the movie. The duet of Lata and Rafi – Resham Ki Dori and the title track – Saajan Saajan Pukaroon Galiyon Mein (sung separately by both Lata and Rafi) are pretty impressive. Bansuri Tihari Nandlaal (Asha) and Aye Mere Meherbaan (Lata) are also quite good. The songs have been shot and choreographed also quite nicely. 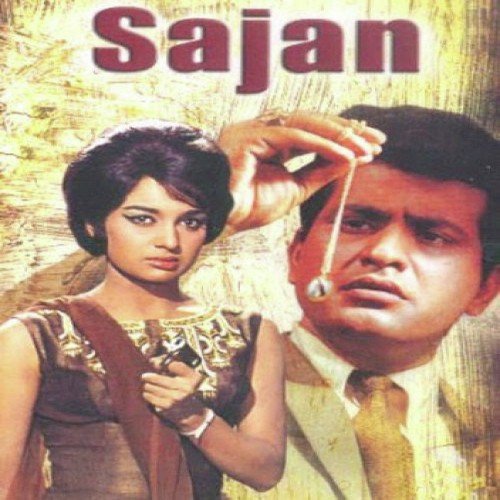 Performances are average. Neither Manoj Kumar nor Asha Parekh has ever been considered a great on-screen performer. However they are not bad either and they pull the script satisfactorily with able support from the supporting cast. Alongwith the lead pair, Om Prakash has also done good comedy. This was the first released movie of Shatrughan Sinha who has played the role of a policeman in this movie.

Despite the blockbuster success, Ghajini as a whole was not meant for everyone due to its excessive violence. The rom-com part is the same in Saajan and instead of the violence-filled revenge saga of a patient of short-term memory loss, it presents a refined murder mystery in its remaining part, thus making the overall product more satisfying than Ghajini. It’s meant for both kinds of audiences – the rom-com lovers as well as the mystery lovers.

2 Responses to It’s partially a predecessor to Ghajini