Love is such a strong sentiment in human-beings that almost everybody longs to be loved. Therefore barring those having stony hearts, everyone loves lovers and desires their union. And hence eternity of someone’s love is imagined also irrespective of the facts. Love in someone’s case may not be as deep as it is perceived and certain of his / her activities might have emerged out of the reasons other than love, however the love-loving Indian public doesn’t want to see or know or understand anything else. We consider love as real because we want it to be so.

The splendid monument of white marble situated in Agra and known as the Taj Mahal has now been included in the ‘Wonders of the World’. It is said to have been built in the memory of Mumtaaz, the wife of the Mughal emperor Shaahjehan. And the love-story of both of them is understood to be at the root of its construction. Shaahjehan was known as Khurram in his adolescence whereas Mumtaaz was Arjumand Baanu prior to marrying him. Their love story whether real or imagined, is a legend now and Taj Mahal is considered its eternal symbol. 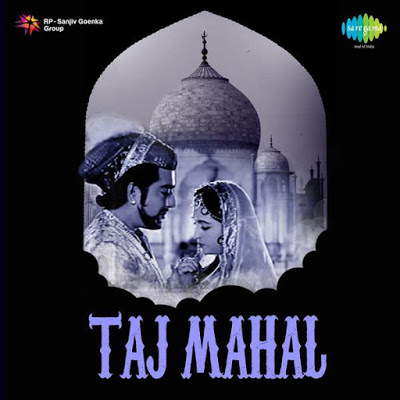 Taj Mahal (1963) is a Hindi movie telling the story of the love of Khurram and Arjumand who later became Shaahjehan and Mumtaaz with their love finally getting immortalized in the shape of the Taj Mahal. This is a colour movie made in the era of black & white movies. Laced with great music containing timeless classic songs, this is a very interesting movie with a lot of repeat value. Many movies have been made in Bollywood on this historic theme but this one is undoubtedly the best among them. 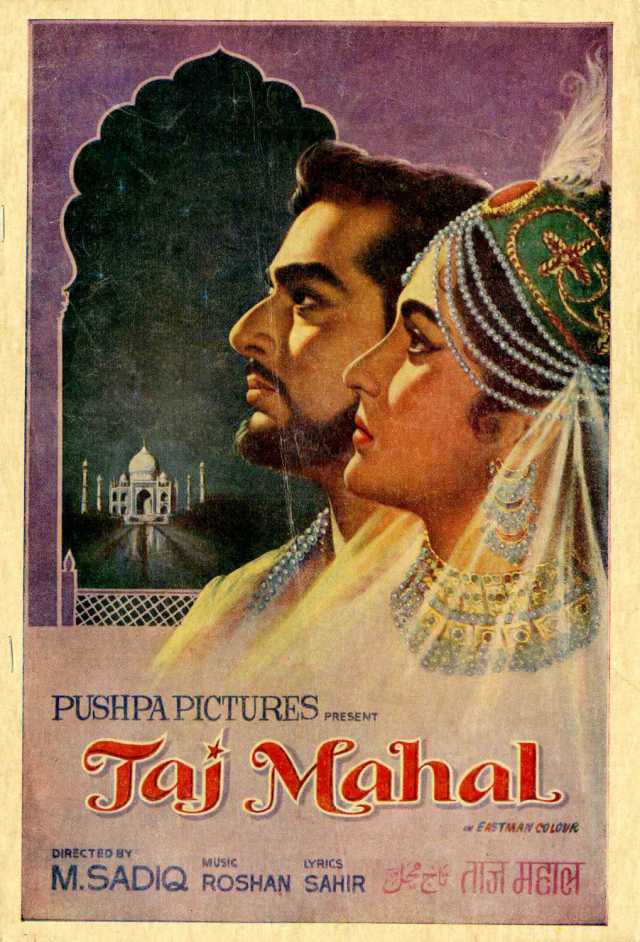 The narrative of this movie not only covers the love story of the young prince Khurram (Pradeep Kumar), the son of the Mughal emperor Jahaangir(Rehman) and Arjumand Banu (Beena Roy), the daughter of Aasaf Khan, a baron of that period but also the struggle of Khurram in getting the throne of his father after his demise and finally, his ascendance to the position of the emperor. The narrative also covers the opposition to Khurram’s claim to the throne (after Jahaangir’s death) by the empress Noor Jehan in detail. To justify the title of the movie, the sequences of death of Arjumand later known as Mumtaaz, Shaahjehan’s making a monument in her memory and thus Taj Mahal’s coming into existence and finally, Shaahjehan’s death have also been added to the main story. 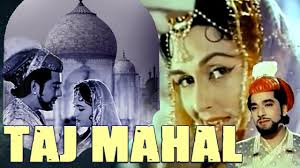 This story which is a combo of romance and action, consists of less fact more fiction but written on a large canvas, it has been spread very well on the screen consuming a duration of around three hours. Still many historic incidents pertaining to Shaahjehan’s life had to be skipped, else the already very long movie would have been further lengthier. 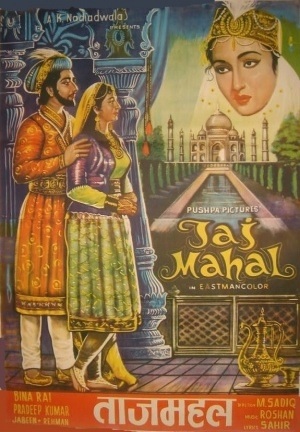 The director – M. Sadiq has handled the script very well, bearing in his mind that it’s a period movie and a costume drama and hence should be presented accordingly. There is no lapse in this regard. The dialogues are quite naturally in sophisticated Urdu and the actors playing the characters of that period have taken proper care of Talaffuz (correct pronunciation) while delivering them. Great Shaayar Qamar Jalalabadi has written the script and Tabish Sultanpuri has penned the dialogues. Both of them have done their respective jobs par excellence.

Cinematographer S. Balakrishna and art director A.A. Majid have created the aura of the story in such an admirable manner that that centuries old period appears to have come alive on the screen. It’s a visual treat and the complete milieu has been given an authentic touch. The war scenes have also been shot impressively. Fortunate are those who have watched this movie on the big screen. 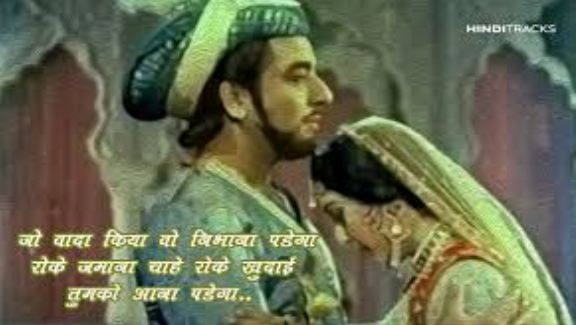 Pradeep Kumar was considered as the best bet for the hero of costume dramas in that period of the fifties and the sixties and he has done the lead role of Shaahjehan with aplomb, displaying the courage of a warrior, the tender heart of a lover and the dignity of an emperor all rolling into one. Beena Roy was very pretty and she is the perfect choice for Arjumand also known as Mumtaaz. They have made a perfect royal romantic pair that the audience may fall in love with. Veena as Noor Jehan, Rehman as Jahaangir, Jabeen Jalil as Laadli Begum etc. are all perfectly in their respective places. However Jeevan as Shaharyaar (the antagonist) is over the top.

However the biggest asset of this period movie is undoubtedly the immortal music composed by Roshan with the unforgettable lyrics of the great Shaayar Saahir Ludhiyanvi. Songs like Jo Vaada Kiya Woh Nibhaana Padega, Paaon Chhoo Lene Do Phoolon Ko Inaayat Hogi, Jo Baat Tujhmen Hai Teri Tasveer Mein Nahin, Chaandi Ka Badan Sone Ki Nazar, Na Na Na Re Na Na etc. all invaluable gems which the music lover are never tired of listening to again and again. Jurm-e-Ulfat Pe Hamen Log Saza Dete Hain in Lata’s voice is unique Ghazal which has a very short duration but still very impressive. Lata and Rafi have given their voices to most of the songs. The male-female Qawwaali duel – Chaandi Ka Badan, Sone Ki Nazar, Uss Par Ye Nazaaqat Kya Kahiye is not only a grand treat for the ears but also for the eyes.

Taj Mahal is a brilliant historic movie in which the focus is less on the historic events and more on the romance or to be perfect, the depth of love. Today it is difficult to say whether Shaahjehan’s love for Mumtaaz was really so deep or it’s just a myth but those who believe in true love will always consider it as genuine only. Mumtaaz and Shaahjehan are no more but the Taj Mahal has been the epitome of true love for centuries and will continue to be so for many more centuries to come. Lovers die, love doesn’t. At least I believe so.