First of all I express my gratitude towards esteemed blogger and my deemed sister S.B. Patra (chalojai bahudure) for inspiring me to write the review of this underrated classic.

‘Hell hath no fury like a woman scorned’ – Shakespeare asserted centuries back. A quote to be quoted forever by men and women alike. And I believe it is true. Laal Patthar (red stone) is the story underscoring the immortality of this quote only.

Lal Patthar (1971) belongs to the king of a former princely state in Bengal whose family is said to be hit by the curse of a woman raped by his licentious father. The king, Kumar Bahadur (Raaj Kumar) does not marry because of this curse but maintains a concubine Madhuri (Hema Malini) who is the lady of the house for all practical purposes but not his legal wife. She could not gain literacy or learn music or otherwise mould herself according to his wish. Yet, their life is going on smoothly until Kumar Bahadur spots a much younger damsel meeting the criteria to become his wife. She is a poor girl Sumita (Raakhee) who has to marry him because of his alcoholic and irresponsible father instead of marrying her childhood love, Shekhar (Vinod Mehra) who is studying abroad and returns to India only after her marriage.

The real twist in the story arrives with the womanly jealousy of Madhuri showing its ugly form. Kumar Bahadur does not discard Madhuri and tries to do justice to both his legal wife as well as the woman practically in his life for years. But Madhuri creates suspicion in his heart regarding the relationship of Shekhar and Sumita. The spark generated by Madhuri’s jealousy breaks out in the form of a wildfire and burns everything. Everything ! The tragic climax takes place in Fatehpur Sikri (Agra).

Sushil Majumdar has picturized the story of Prashant Chaudhary and the screenplay of Nabendu Ghosh in the most impressive manner and made a memorable classic for sure. The story takes a few minutes in taking off but thereafter it is so engrossing that you keep on watching, holding your breath till the very climax which shakes you like anything. The second half of the movie is much speedier than the first one and the climax is highly thoughtful and imaginative and deserves tons of accolades. After the spellbinding climax, you witness the very very touching ending scene. 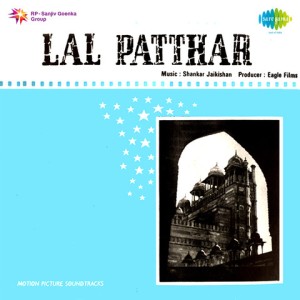 The movie scores in every department – the milieu, the costumes, the art direction, the locations, the camera-work, the colour-combinations in various scenes, the editing, the production value, just everything !

Raaj Kumar has given a very mature performance in this mature role, sans all the theatricals he is better known for. Raakhee and Vinod Mehra have also delivered praiseworthy performances. But the show-stealer is Hema Malini, the screen-goddess who ruled Bollywood for over a decade. In the role having gray shades, she has given the performance of a lifetime. Simply brilliant ! 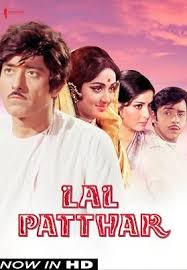 Any movie buff who wants to see a classic movie with a dark storyline should not miss it. It is definitely one of the most underrated classic movies of Bollywood. A highly laudable cine-product indeed.

5 Responses to Hell Hath No Fury Like A Woman Scorned