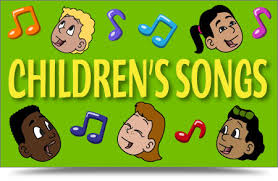 On the occasion of the Children’s Day, I dedicate this review to the children – children whose hearts are like clean slates, who are innocent, who never discriminate between individuals and who believe in love and not hate. Children are the helmsmen of any society and the future of any nation, in fact, the world. They need to be nurtured well, molded well, shaped well. The society and the nation which take care of their children well only prosper in the real sense. In this review, I am covering certain children’s songs from Hindi movies according to my personal choice.

Following is the list of my top twenty favourite children’s songs :

In addition to the above, following children’s songs are also very good :

And finally, I mention one song which is a children’s song only while listening to but filmed on grown-up actors in the movie. It is  – Mere Ghar Aayi Ek Nanhi Pari (Kabhi-Kabhie – 1976) which has been sung by Lata Mangeshkar for Waheeda Rehman in the movie. The scene contains Neetu Singh and Naseem as Waheeda’s daughters and Amitabh Bachchan as her husband listening to the song from her mouth.

A Chartered Accountant with literary passion and a fondness for fine arts
View all posts by Jitendra Mathur →
This entry was posted in Music Review and tagged children's songs from Hindi movies. Bookmark the permalink.