Singapore gets heated up by the flames in Nagaland

Posted on October 7, 2017 by Jitendra Mathur

Ace Hindi mystery and thriller writer Surendra Mohan Pathak has created a series hero with 121 ventures till date. This hero is Sunil Kumar Chakravarty who is a Bengali by birth but now settled in a fictitious metropolitan city known as Rajnagar situated somewhere in North India. He is an investigative journalist by profession and works full time for a national daily known as Blast.

Now his ventures belong to his investigating some crime (mostly a murder) and unearthing the mystery associated with it only. However in the first decade of his writing  (mid-sixties to mid-seventies), Mr. Pathak exposed a different facet of this hero’s personality by presenting him as a spy in many novels who works as a member of a govt. department known as Special Intelligence which is a branch of the CBI.

Colonel Mukherjee is the director of Special Intelligence and he sends Sunil on secret missions from time to time to protect and further the nation’s interests. This identity of Sunil is not known to anybody except Colonel Mukherjee and some other members of Special Intelligence like him. The last such novel written by Mr. Pathak is Operation Singapore which was published first in January 1976. 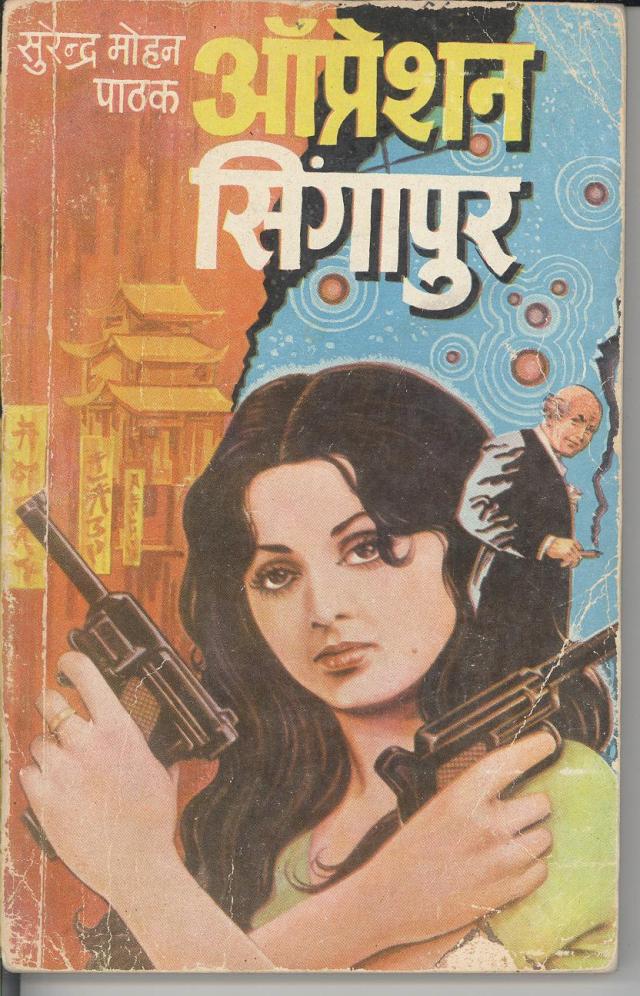 Operation Singapore picks up the thread of its story from the problem of Naga insurgency in India. Nagaland came into existence as a separate state under the Indian union in 1963 but the unrest due to the non-fulfillment of the Naga people’s aspirations, started pretty soon.

The seventies and the eighties witnessed severe violence in the North East of India. Nagaland remained one of the severely troubled regions. The author has based the plot of this spy-thriller on the trouble in Nagaland in that time and maintained that the Naga rebels and also the Naxalites active in the N.E. region of India were getting assistance of arms and money from foreign powers who wanted to see India as weak and unstable. He has accused China for that in this novel.

In Operation Singapore, our spy hero Sunil gets the assignment from his boss in Special Intellience, i.e., Colonel Mukherjee to go to Singapore and meet a Chinese person Chow Han who wants to sell some key information to the Indian intelligence regarding the supply of arms by China to the Naga rebels as well as the information regarding the ringleader of such rebels who is the mastermind behind all this nuisance.

This mysterious ringleader is known as Marshall but his real identity is not known to anyone. His organization is a very large one and his agents are active in many countries. Chow Han is one such agent only. As per Colonel Mukherjee’s instructions, Sunil has to meet Chow Han, get the information from him and upon finding the information as genuine and worthwhile, pay the demanded sum to him. A Singapore-based Indian intelligence agent named as Kutty is to give all the necessary assistance to Sunil in this regard.

No sooner does Sunil come out of the Paya Lebar airport of Singapore, than some Chinese start following him. In his bid to meet Chow Han, he has to face many troubles. Still the desired meeting between him and Chow Han is not able to take place and finally when he is back to his hotel at night, he finds Chow Han as murdered in his room.

Being trapped in murder charge, Sunil has to run from there to save himself from the cops and also to think as to how to accomplish the mission to get some useful information about Marshall when Chow Han himself is dead. He contacts Chow Han’s wife – Tin for this purpose.Now Chinese agents go after the lives of both Sunil and Tin (in addition to the local cops who are trailing Sunil because of Chow Han’s murder) and they have to run for their life which is joint for the time-being.

Tin arranges this significant information for Sunil that a convoy of trucks laden with lethal arms has started for India via Malaya, Thailand and Burma (now Myanmar) and also this information that Marshall himself has been in Singapore but has moved out recently, perhaps for India.

Sunil has to stop these lethal weapons which are in very high quantum from reaching the hands of Marshall and capture them for the Indian government. With the help of Kutty and some daredevilry shown by himself, Sunil is able to leave Singapore and reach Rangoon via Malaya (or Malaysia) where his fellow Special Intelligence agents – Gopal and Wing Commander Raamu have already reached to participate in the mission of capturing the arms which are to enter India from the border of Burma somewhere in Nagaland. Sunil and his comrades are able to snatch the arms from Marshall’s men but Sunil’s mission is still incomplete.

He has to unmask Marshall and bring him to the law of the land. The novel ends with the complete success of Sunil’s mission known as Operation Singapore and he (later on the whole India) is startled to see the real identity of Marshall. Marshall’s identity gets exposed but Sunil’s identity (as an agent of Indian intelligence) doesn’t. He doesn’t get any award or recognition except the praise of his boss. 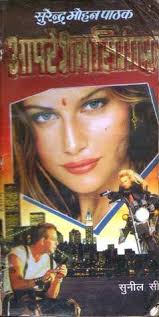 Operation Singapore is a breathtaking thriller which is not very long as far as the number of pages is concerned but the story has been expanded on a very large canvas. The narrative moves through the countries of Singapore, Malaya, Burma and India and a feeling of thrill remains throughout from the first page to the last page. The identity of Marshall is the element of suspense which keeps the curiosity of the reader alive till the ending pages.

The author has written the novel in such a way that everything described appears to be completely authentic. The names of the real places have been used to render the narrative a realistic feeling and the author seems to have great knowledge of the relevant countries and their geography.

Through the character of a Chinese girl – Tai, the author has inserted some humor also into the action-studded narrative by referring to the fact that in Hindi the term Tai is used for aunt (father’s elder brother’s wife).

The author has underscored that an Indian may not face any language problem in Singapore because four languages – English, Chinese, Malay and Tamil are spoken very widely there and enjoy the status akin to that of a national language.

While revealing the identity of Marshall in the ending pages, the author has very correctly pinpointed that the real masterminds behind the turmoil in different parts of India are difficult to be identified because not only these traitors who are the agents of the enemy countries, usually enjoy a very respectable position in the society as well as in the psyche of the commonfolk but they keep a strong cover of some benevolent / legal and desirable activity also for their real doings. They are not high profile arrogant outlaws. Instead, they are well-known and highly admired people whom we may not suspect even in the wildest of our dreams to be the mind behind the acute troubles visible in our land.

Through Sunil’s character, the author has highlighted the suspicious mentality of a spy who has got a vigorous training to suspect everybody and not keeping anybody out of suspicion. Considering the leakage of information from the Indian camp, Sunil is shown as suspecting the servant of Colonel Mukherjee – Dharm Singh for that. This has happened not only in this novel but also in many other novels presenting spying ventures of Sunil. However his suspicion on Dharm Singh never turns into belief.

The situation in the North East of our country has changed a lot since this novel was written (more than four decades back). The situation has improved at some places (like Mizoram) and worsened at many others.

China is still keeping an evil eye on our land. However this novel can still be enjoyed very much by the Hindi readers. Containing a fast-paced, action-packed narrative, it’s like a thrilling roller-coaster ride for the reader.

A Chartered Accountant with literary passion and a fondness for fine arts
View all posts by Jitendra Mathur →
This entry was posted in Book Review and tagged Book Review - Operation Singapore (by Surendra Mohan Pathak), Special Intelligence, Sunil Kumar Chakravarty. Bookmark the permalink.