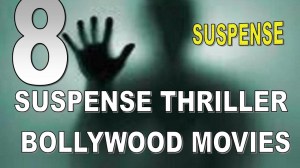 1. Hamraaz (1967) : Hamraaz is the numero uno in my list as I rate it as the best suspense-thriller I have seen in Bollywood movies. The length of this 3 hours plus long Sunil Dutt-Raaj Kumar-Vimi starrer is never felt because all the highly melodious (and very well picturized) songs are in the first one hour only and after that the 2 hours and odd minutes long fast-paced suspenseful drama is nowhere hindered by any song. The suspense of the white shoe wearer is simply amazing. Remade as Imtihaan in 1994 starring Saif Ali Khan-Sunny Deol-Raveen Tandon.

2. Mera Saaya (1966) : You love mystery ! You love court-room drama ! You love melodies ! You love romance ! You love emotion ! You love comedy ! Mera Saaya presents all rolled into one with each one of these aspects perfectly in place. The on-screen chemistry of Sunil Dutt and Saadhana makes you fall in love with this pair. The best directorial venture of Raj Khosla.

3.100 Days (1991) : Not seen Madhuri Dixit in a murder mystery revolving around herself only ? Watch this highly gripping murder mystery starring gorgeous Madhuri opposite dashing Jackie Shroff. The plot is based on premonition or ESP by whatever name you may call it. But the thing is that you are just lost in the narrative and may not be able to guess the culprit till the climax.

4. Kohra (1964) : A rip off of Rebecca but truly a watchable suspense thriller with highly melodious music by Hemant Kumar starring Waheeda Rehman and Biswajeet. The interesting thing is that the actress playing Biswajeet’s dead first wife is not known because her face is never shown in the movie, only the torso is shown to the audience. Remade as Anamika in 2008 starring Dino Morea and Minissha Lamba.

5. Gumnaam (1965) : If you have not read Agatha Christie’s Ten Little Indians (also published as And Then There Were None), Gumnaam is there for you. It is plot based movie, not character based (though Manoj Kumar and Nanda have been cast as a romantic pair, actually no actor in the movie can be considered as in a lead role). The mystery deepens after every fresh murder. The scene of murder of Helen had sent chills to my spine when I was watching it in the theatre.

6. Dhund (1973) : This B.R. Chopra directed Sanjay-Zeenat Aman-Naveen Nischal starrer is a good murder mystery with certain very good songs and a power packed performance by Danny Dengjongpa. Remade as Chupp in 1997 starring Avinash Wadhavan-Somi Ali-Jeetendra (with Om Puri in the role done by Danny in Dhund).

7. Kanoon (1960) : B.R. Chopra showed courage by making this movie sans songs and dances in that black and white era. This Ashok Kumar-Rajendra Kumar-Nanda starrer is not only an engrossing murder mystery but it had laid down certain thoughts regarding the capital punishment also. It is still remembered for its dramatic court-room scenes.

8. Woh Kaun Thi (1964) : This Raj Khosla directed movie engrosses the viewer from its very first scene filmed on Manoj Kumar and Saadhana in heavy rainfall. Saadhana’s amazing performance and the extra-ordinarily melodious songs composed by Madan Mohan makes it enchanting for the audience. Loose ends left untied and certain questions left unanswered in the end, are its weak points though.

9. Anita (1967) : Same director with same cast and even Saadhana in the same mysterious woman type role when we compare it with Woh Kaun Thi. The difference is that B&W movie Woh Kaun Thi is better than this coloured one. The music is melodious here also. The weak points are also the same as WKT.

10. Anamika (1973) : This Sanjeev Kumar-Jaya Bhaduri starrer also portrays the female lead as Ms. mystery and rightfully names her as Anamika (the lady without a name). However the narrative is gripping, the songs are melodious, the performances are hilarious and the climax is definitely spine-chilling. 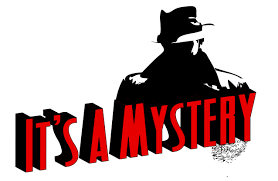 Some more mysteries which are very good in my opinion:

3. Shikar (1968) : An outstanding murder mystery starring Dharmendra-Sanjeev Kumar-Asha Parekh with a forest backdrop, will keep you guessing about the murderer till the very end.

4. Bees Saal Baad (1962) : Based on Arthur Conan Doyle’s novel – The Hound of the Baskervilles, this Biswajeet-Waheeda Rehman starrer got fame for its horror at the time of its release but now it can be seen on DVD for its mystery. Its songs are definitely great. Listening to them is no less than a treat.

6. Baat Ek Raat Ki (1962) : Again directed by Shankar Mukherjee starring Dev Anand only but opposite Waheeda Rehman. This B&W movie is a very good murder mystery with some good songs.

7. Raaz (1967) : The debut movie of Rajesh Khanna and Babita. Some very good songs and a good mystery. However the treatment of the plot is not that good.

9. Gupt (1997) : Gupt is not only a very good murder mystery but this Bobby Deol-Manisha Koirala-Kajol starrer also provides good comedy through several characters in cameo roles.

11. Duniya (1968) : This Dev Anand-Vyjayantimala-Balraj Sahni starrer is a sensational murder mystery with some very good songs. The court-room tussle between rival lawyers Dev Anand and Balraj Sahni adds spice to the mystery.

12. Poonam Ki Raat (1965) : This Manoj Kumar-Nandini-Kumud Chhugani starrer directed by Kishore Sahu, is also a murder mystery whose psychological basis may sound interesting to the psychiatrists.

13. Apradhi Kaun (1957) : This black and white movie is a mesmerizing murder mystery starring Abhi Bhattacharya as the investigator hero and Mala Sinha as the female lead.

14. Baharon Ki Manzil (1968) : Meenakumari-Dharmendra-Rehmaan starrer engrossing mystery which, despite its flaws and untied loose ends, keeps the viewer guessing regarding the truth behind the curtain till its very end.

A Chartered Accountant with literary passion and a fondness for fine arts
View all posts by Jitendra Mathur →
This entry was posted in Movie Review and tagged Bollywood mysteries, suspense thrillers. Bookmark the permalink.

6 Responses to My favourite Bollywood mysteries