A holiday for murder

Mystery-queen Agatha Christie’s certain novels have been published under more than one title. One such novel is ‘Hercule Poirot’s Christmas‘ which has also been published under two more titles – one is ‘Murder for Christmas‘ and another is ‘A Holiday for Murder‘. I got the copy under the title -‘A Holiday for Murder’. An Agatha Christie novel is always a very very big treat for a mystery-fan like me. And I found this novel fully living upto my expectations.

In Christianity-dominated Western countries, holidays start from Christmas and continue upto the beginning of the new year. And the murderer of this murder-mystery chose the Christmas eve to pull the curtain down on the drama of the victim’s life. It was, therefore, a holiday for murder for him. 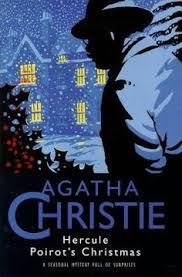 The victim is Simeon Lee, a multi-millionaire but eccentric and sadist person heading a family of four sons. He invites his own doom by inviting some outsiders too to celebrate Christmas with him and his family. When he is found brutally murdered and the investigation starts through two different gentlemen – firstly by the police superintendent, Sugden and secondly by Hercule Poirot, the world famous Belgian detective; the biggest question appearing before them is how could the murderer commit his job and escape when the doors were closed from inside.

By investigating the things in his typical style, Poirot realizes that besides his legitimate sons, Simeon Lee had illegitimate children too. There’s no dearth of suspects for the investigator. How Poirot unearths this intricate mystery and exposes the culprit, forms the extremely interesting narrative of this novel. I bet, you cannot leave it in the middle. The authoress’ mesmerizing style of penning will force you to reach the very last line of the story. 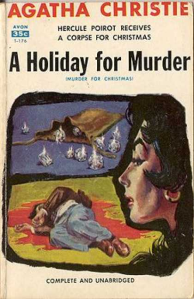 This particular murder-mystery contains a suspense regarding both the aspects – whodunnit as well as howdunnit. Once the murder has been committed, the narrative moves fast with the activities of the investigators. The clue for resolution of this complex mystery, found by the hero – Hercule Poirot, is the family resemblance in the faces of the people involved which leads him to conclude that the victim has some not-known illegitimate offsprings too who are escaping suspicion because they are not considered as related to the departed soul. And that’s the key which unlocks the mystery. After the revelation of suspense only, the reader feels that he / she also could have resolved the mystery and renders heartfelt compliments to the genius authoress.

Despite being a murder-mystery, the novel contains emotional element too which is able to move a sensitive reader.

Hercule Poirot has been a very popular serial hero created by Agatha Christie. This novel (the original edition) was titled after his name only. His presence in the novel fully justifies his popularity. All the activities on his part are meaningful as well as impressive.

Reading this particular novel is no less than experiencing a roller-coaster ride. The reader, holding his / her breath, goes along with the narrative which moves so fast and renders such a hypnotizing impact to the reader that he / she no longer remains willing to make any guesses as to who the culprit is and tries to finish the novel in the very first sitting itself.

I recommend this excellent mystery to all the mystery fans as well as all the Christie fans. The reader is sure to get more than what he / she might have expected from the novel. So, get a copy (under any of the three titles mentioned in the first paragraph) and enter the enchanting mysterious world created by the legend, Agatha Christie.

A Chartered Accountant with literary passion and a fondness for fine arts
View all posts by Jitendra Mathur →
This entry was posted in Book Review and tagged Book Review - Hercule Poirot's Christmas (by Agatha Christie). Bookmark the permalink.

4 Responses to A holiday for murder